GBA Emulators For PC: Handheld consoles like Game Boy advance have some of the best and popular old school classic games. There are still a lot of players who prefer old school games that are fun to play over the high graphics demanding titles.  Games like Metal Slug Advance, Final Fight, are some of the best games ever made for Game Boy. Sounds interesting, right? The good thing is that you can try out all the Game boy games for free of cost on your computer or laptop. You can play all the GBA games as much as you want with the help of GBA Emulators For PC.

VBA is one of the most stable GBA emulators for Windows-based PC. In fact, VBA is my go-to emulators out of all if you want to play GBA games on your PC using GBA emulators PC. During the initial days, VBA wasn’t able to grab the attention of players due to its poor handling of games. But that’s not a problem anymore, the latest version of VBA has a robust structure for handling games.

VBA comes with support for multiple platforms such as Game Boy Advance, Game Boy Color, and Game Boy Advance.  Apart from that, there are some unique and helpful features under the hood. You can save any game’s progress at any time and resume it later onwards. Features like Gamepad Compatibility, Full-Screen Mode, etc. are something that VBA the best GBA Emulators for PC. 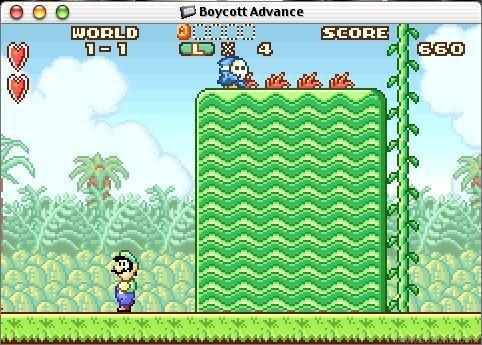 Boycott Advance is another well-known GBA emulator developed for PC. The reason behind its enormous popularity is the minimal interface and process of running GBA games with the help of BIOS. Besides that, Boycott Advance has all the necessary functions such as Save state which you can use to save your game’s progress at any time and load it afterward, full-fledged controller support, screen size adjustments, etc.

Boycott Advance’s high-speed emulation mechanism lets you enjoy the games at full speed without any frame drops. You can also play around with the sound options to enhance the sound experience during your gameplay. Go ahead and try it out if you’re looking to play GBA games on your PC using the best GBA emulator windows.

Higan is an underrated GBA emulator right now for PC. Though, there’s nothing extraordinary about this emulator, except the UI and ease of playing games. UI is something that sets My Old Boy apart from other GBA emulators; the developers have put a lot of effort into shaping the interface of the emulator to make it appealing and easy for the user. Despite having a gorgeous interface, the emulator consumes a lot fewer resources of your PC compared to VBA.

Higan GBA Emulator would be an ideal choice for those who are having a low-end PC. As of now, the emulator supports only a couple of platforms, i.e., GB Color, GB Advance, Famicon (NES). Higan is not only a GBA emulator, but it can also be used to run original Nintendo games on PC. You just need to figure out the best emulation setting based on your system’s specification, and you can download the GBA emulator for pc to make the most out of it.

The term “Simplest” is probably the best suitable word to describe the Bat GBA emulator. BatGBA is pretty much straightforward in its job, i.e., running GBA games. It doesn’t provide any additional and immersive features like the other emulators mentioned above. The emulator does its best in handling the GBA games. However, you may not find it good enough if you’re looking for a feature-packed emulator. BatGBA was specifically designed to handle the Gameboy color and Gameboy advance platform games; besides that, there’s nothing much to be excited.

Well, there are no complaints on the performance aspect, BatGBA comes loaded with good enough emulation settings to play with. It does what it’s supposed to do in the best possible way. The emulator also lets you can tune down the emulation in case the game starts showing lags or drops. 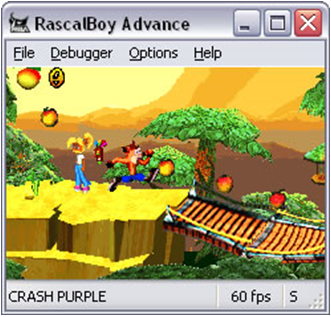 Rascal Boy Advance is probably the only GBA emulator for PC as of now that supports the Multiplayer facility. Now you can pair up with up to 4 players online and play your favorite games online without any hassle. If you’re someone who would like to play GBA games with real players instead of bots, then Rascal Boy Advance would be the best option for you. The emulator is compatible with all the Game Boy Advance games that come with multiplayer mode.

The only downside is that it’s quite a resourced intensive emulator, you would be better off with any other mentioned emulators if you’re juggling with a low-end PC. Rascal Boy Advance provides all the basic features such as Save/load state, gamepad support, full-screen mode, networking, keymapping, etc. I’d say go ahead and try out the emulator yourself and see if it runs fine on your system.